New Things for a New Start!

With my number of bookings until now still not quite what they usually are (due to the pandemic) I have had more time to read, research, purchase and make things. I can’t make a news story out of books I have been studying, but here are two new items of clothing I can show you.

A couple of months ago I got a new hat to go with my new wig. It is modelled on the one that King Charles II is wearing in a portrait, and made suitably big to go over my wig. 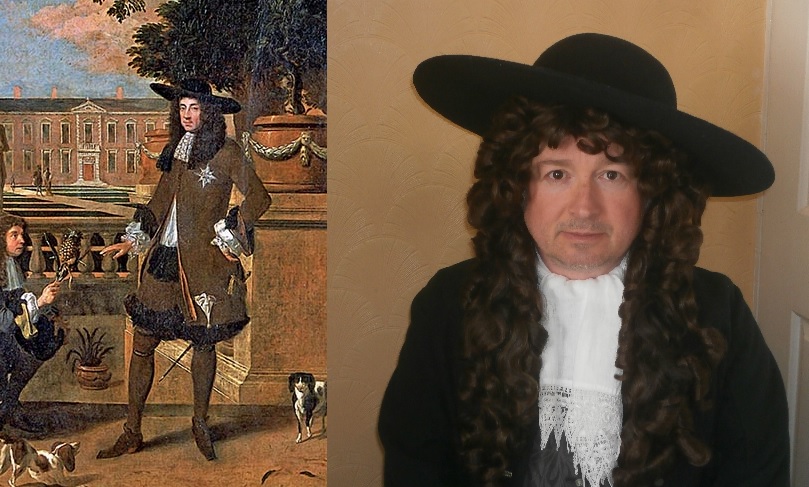 I have also been very busy making a new coat for Nevison the highwayman, which I finished only last week. It has 51 buttons (49 real buttonholes plus 12 fake buttonholes on the cuffs, all handstitched) and is made of woollen cloth, linen lining, linen thread and pewter buttons.

I know a tailor would work much quicker than me, but I have to go at a really steady pace to avoid disasters. This took me three weeks to make. I made my usual mistake of cutting one panel out the wrong way around – no matter how hard I tried not to do so this time – but I had bought enough woollen cloth to cover this now predictable error. I dreaded the thought of messing up just one button hole. In the end only one was odd, being slightly longer than the others, which no-one will notice. I am not even sure I can find it myself.

I went for darkest blue rather than the somewhat less historically accurate black (a very expensive dye which would fade easily when worn outside often). I (and Nevison) need this new one as the one I made 20 years ago seems to have mysteriously shrunk on me. I guess all the pies, puddings and pasties Nevison’s been enjoying have had their effect! Oh, and I tore it on a pistol, as one does! A ‘gentleman of the road‘ should look wealthy. What’s the point of being a highwayman if one cannot follow the fashion?

Here you can see it front and back. It is quite heavy! 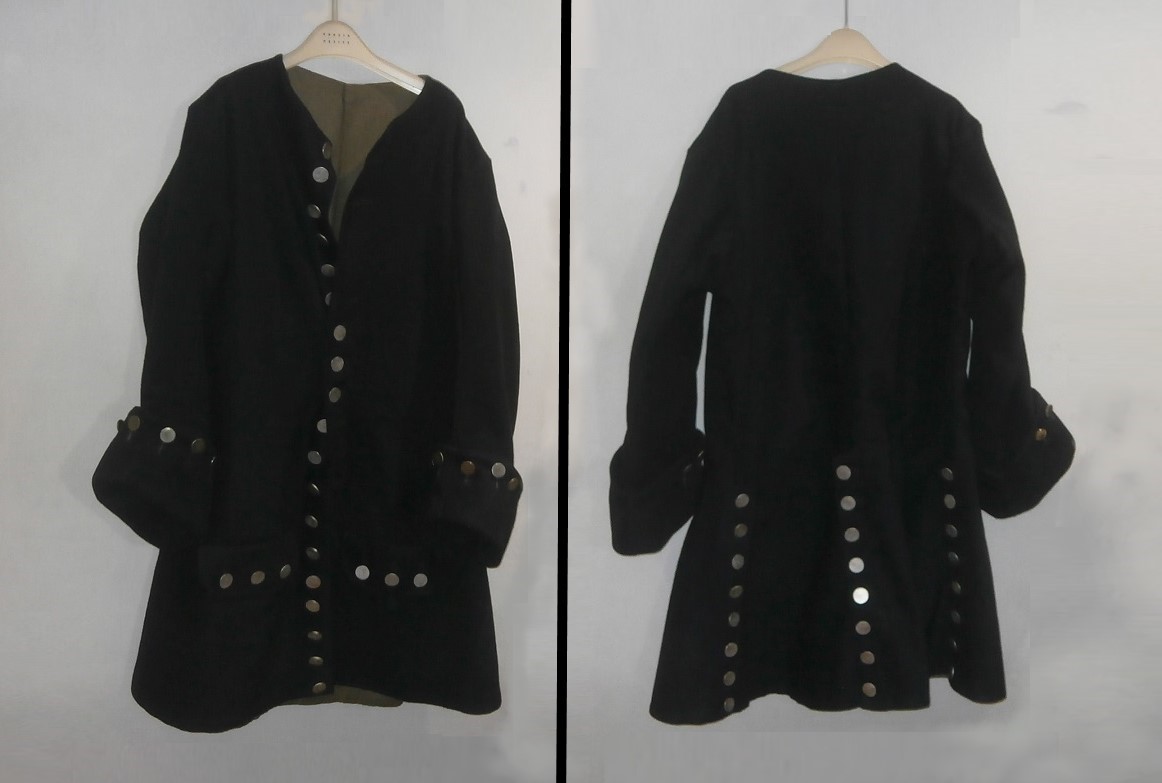 I am quite proud of the button holes, enough to risk showing a close up, although I did pick at random instead of looking for the bext one!

Now that ‘things’ are returning to normality, perhaps you would like a visit from Sir William Petty (Great Fire of London and the Great Plague of 1665), or John Nevison the highwayman, or any of my characters? If so, please have a look at the variety I can offer on my page of Characters and be in touch!

Although once again there is a lull in my bookings, what with the 2021 lockdown, some new developments are a-happening. I am excitedly awaiting a new hat for Sir William Petty, but I have already received his new wig.

I think Lynn Kelly of  In Vogue and Vintage has done a truly marvelous job making the modern version look just like the version shown in Sir William’s 1680’s portrait.

I am still, believe it or not, ten years off the age that Sir William was in this portrait (the painting was made ‘Anno Etatis Suae 63‘). By the time I match his age I think I might look even more like him!

Thank you Lynn for taking me another step forwards in my portrayal of Sir William. And thank you James for taking the photograph. The historical wig part of Lynn’s website (Hairstory) can be found at http://www.invogueandvintage.co.uk/theatre/.

When your school is ready to start receiving visitors from the past once more, perhaps Sir William Petty (Great Fire of London and the Great Plague of 1665) or any of my characters, please have a look at the variety I can offer on my page of Characters.

I look forward to hearing from you, and to recommencing my school visits as soon as it is safe for all concerned. 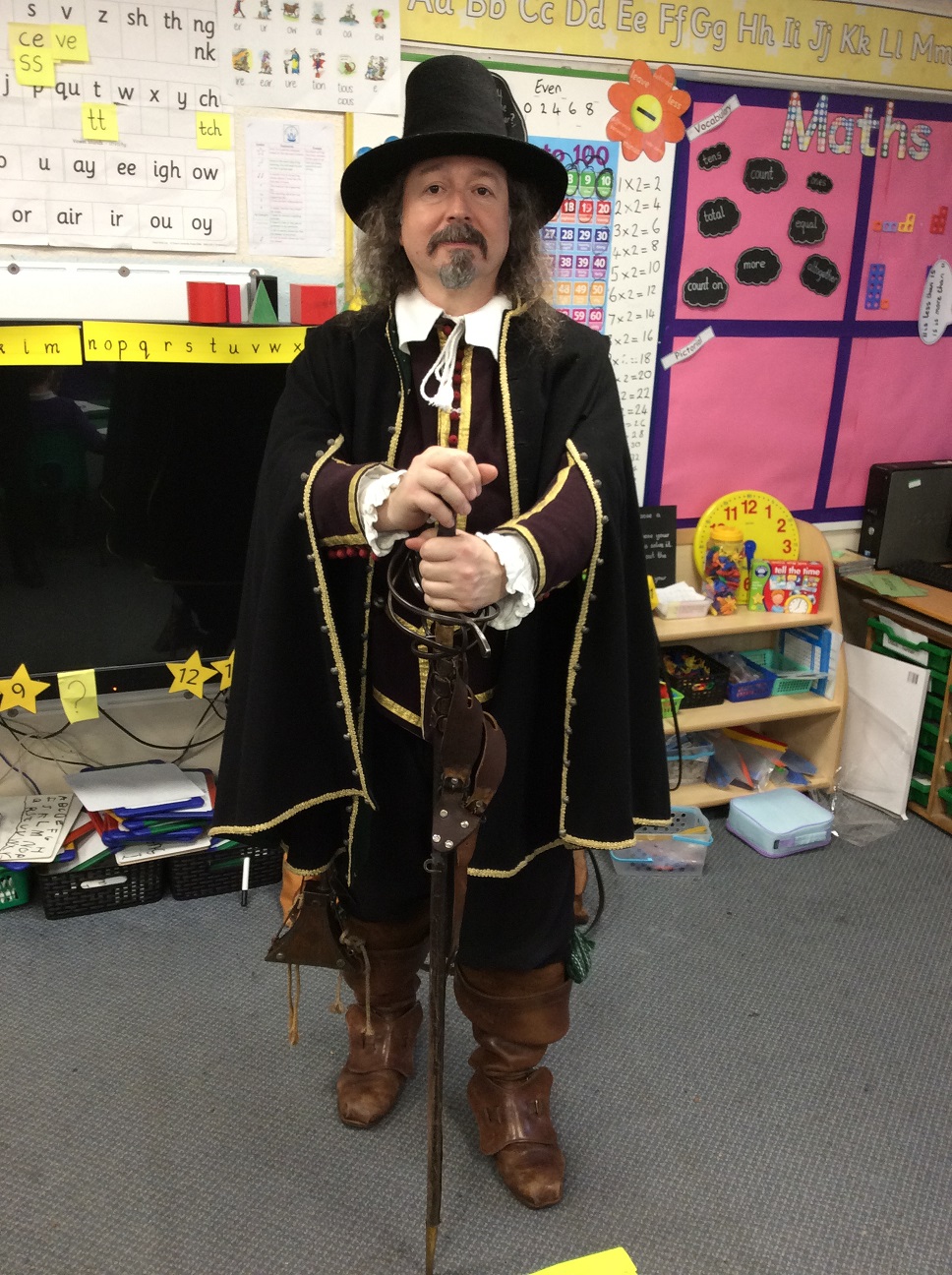 I suppose 1605 was a tense year for Guy Fawkes, but perhaps all our experiences of 2020 have rivaled his nervousness and unease?

Yet, after a long period of school closures I am, at last, busy, busy, busy again. I have even begun taking bookings for next November. Hurray!

Having had the dreaded pestilence myself I am most likely, as some headteachers have put it, a ‘low risk’! Mind you, I am following all the Covid protocols, in every school, and changing just about everything I do on all my character days to reduce any possibility of transmission from anyone to anyone. I do get through a lot of soap, hand sanitiser gel and anti-bacterial wipes, but everyone working in schools is in the same situation!

Having seen how discombobulated many children have become as a consequence of the long lock-down, and the worry they have had concerning the news and the rules, I am so glad that schools have opened to give some normality to them, so they can learn again in so many ways. I am proud of all the staff I have worked with too – so brave and committed to the children.

The picture is of my last day as ‘Guido’ Fawkes this year, before I began a run of Great Fire of London and Highwayman days. It was also, like every year, the last day of my beard and ‘tache! I do grow attached to them (as they do to me) every year! 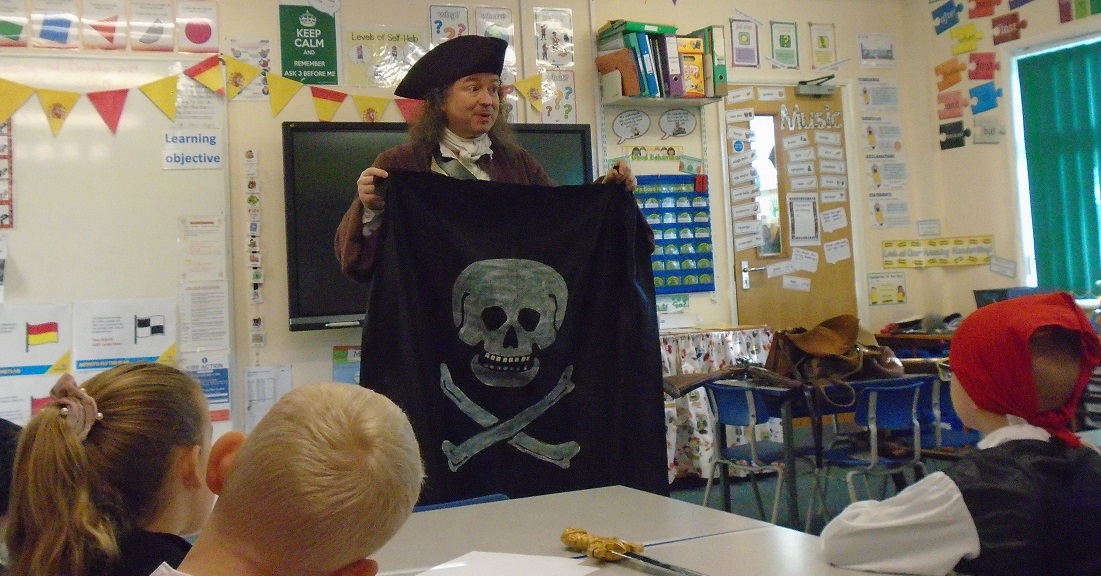 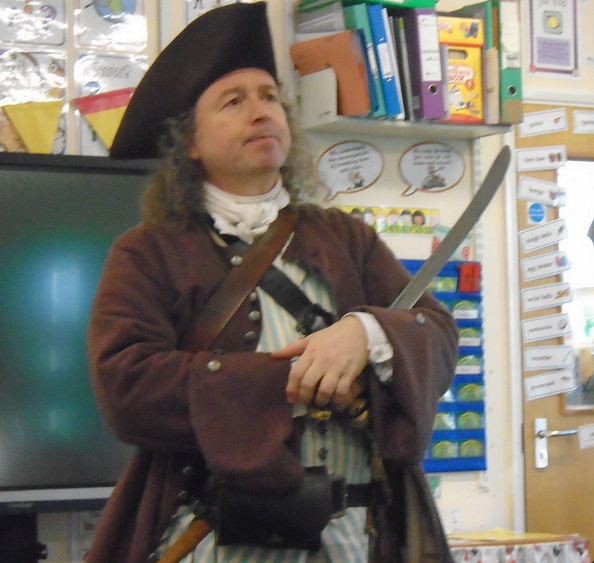 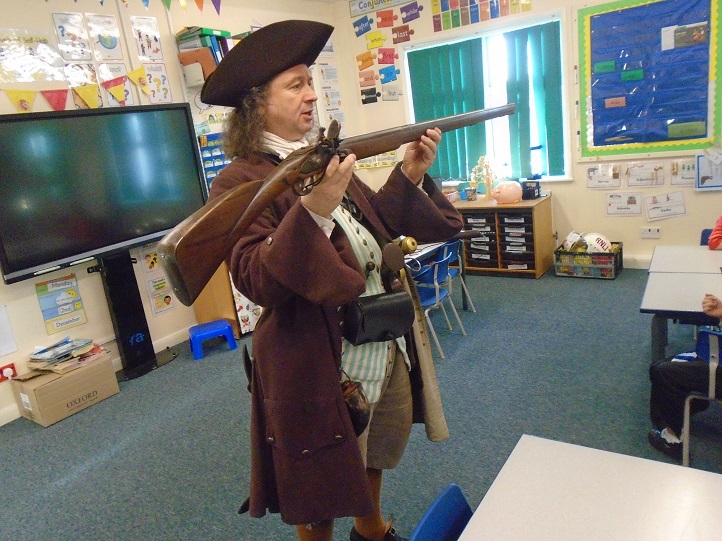 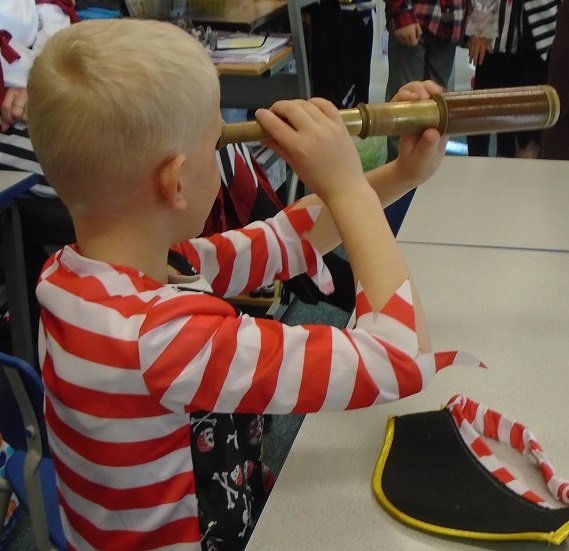 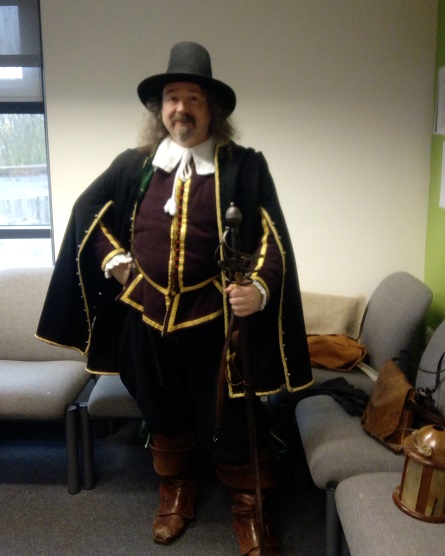